Awards:
* 2012 IIHS Top Safety Pick
Located directly adjacent to US-23 at Exit 17. Spirit Ford is conveniently located just 15 minutes from Monroe, Ann Arbor and Toledo. We are just across the street from the largest Cabela's store in the state. Please call or visit us today at (734) 529-5521 for more information on this vehicle.Open 24 hours at www.spiritfordofdundee.com. Spirit Ford serves all nearby cities including Milan, Monroe, Deerfield, Britton, Tecumseh, Carleton, Sylvania, Toledo, Ann Arbor, Ypsilanti, Adrian, Temperance, Lambertville, Petersburg, Saline, Maybee and Erie.

Model Overview
The front-wheel-drive GTI moves authoritatively thanks to its turbocharged, 2.0L direct-injected 4-cylinder engine that makes 200 horsepower and 207 ft-lb, which kicks in as low as 1,800 rpm. The engine's especially responsive, whether coupled with either the standard 6-speed manual gearbox or optional Direct Shift Gearbox.
The DSG transmission is especially noteworthy, as it's essentially an automated manual transmission. It utilizes a dual clutch system that eliminates the need for an actual clutch pedal, pulling off shifts in a fraction of a second without the interruption of power that would accompany those in an ordinary manual transmission. The GTI's transmission comes with a full automatic mode or it can be manually commanded using steering-wheel paddles. With the DSG unit, the GTI can accelerate to 60 mph in just 6.7 seconds and has EPA fuel economy ratings of 24 mpg city, 32 mpg highway.

The GTI gets a number of performance additions versus the standard Golf. A special launch control feature on DSG-equipped GTIs helps the driver obtain the fastest launch possible, enabling just the right amount of wheelspin. Meanwhile, the GTI's fully independent suspension (struts in front, four links in back) is tuned for crisp response and a firm but settled ride; electro-mechanical power rack-and-pinion steering provides solid on-center feel with some feedback from the road in low-speed corners. An electronic limited-slip system called XDS replaces a mechanical limited-slip differential and helps make sure the front wheels get the most traction from left to right. Strong anti-lock 4-wheel disc brakes round out the performance package by endowing the GTI with solid stopping power.

Safety is also strongly represented in the new GTI. There's a total of six standard airbags, including side-curtain bags that rear front and rear outboard occupants and 3-point belts for all seating positions. Rear side airbags, a feature that's not widely offered in this size of vehicle, are optional.

The GTI is only as a 2- or 4-door hatchback, both with the same basic dimensions and interior space. Two-door models get a so-called Easy Entry system that makes access to the back seat a little easier. Front seats are well bolstered and patterned in double-stitched "sport fabric," and back seats fold forward for expanded cargo space. The instrument panel is one of the more attractive, elegant ones among small cars, with brushed metal accents and other chrome and metallic highlights, plus soft-touch materials throughout. 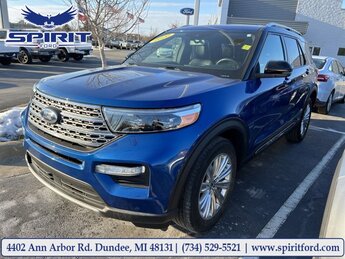 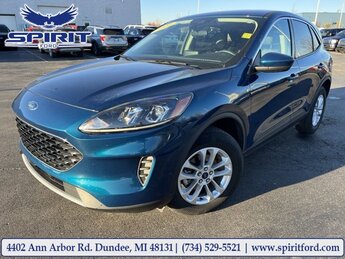 * Pricing -  All vehicle pricing shown is assumed to be correct and accurate. Incentives, credit restrictions, qualifying programs, residency, and fees may raise, lower, or otherwise augment monthly payments. Additionally, incentives offered by the manufacturer are subject to change and may fluctuate or differ based on region and other considerations. Unless otherwise noted or specified, pricing shown does not include title, registration, dealer installed options, or tax fees and costs.

* MPG - Vehicle information, as well as features and other inclusions, may vary by model and are based exclusively on standard equipment. No claims, warranties, or guarantees have been made related to the accuracy of customer payments, model equipment, or vehicle pricing. Please call with any questions you might have and to reassert the accuracy of any information presented here.

Use this shortened URL to share your current search results.